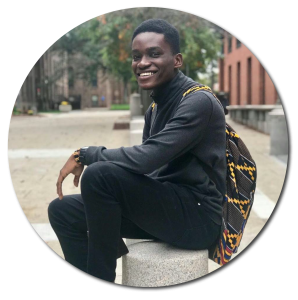 Abdallah currently working on DELTA Lab’s face recognition pipeline to help improve video and image analysis. The aim is to analyze different parts of the existing pipeline and assess the performance relative to alternative neural network models to improve the model as a whole. He is also currently exploring the possibility of using OpenCV object tracking techniques in video analysis to enhance face prediction accuracy in videos. 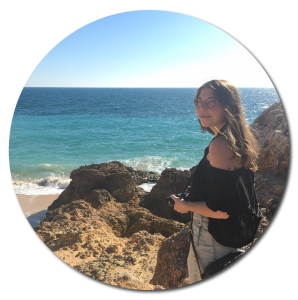 Adina has been working to identify dark money spending (i.e. latent ties between funding entities) within the vast collection of Facebook advertisements. She has constructed various network structures out of the data to perform network analyses over them in order to uncover the hidden connections. 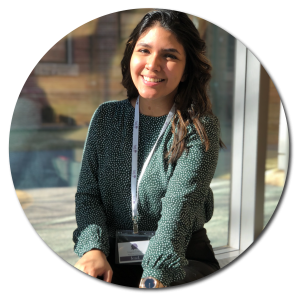 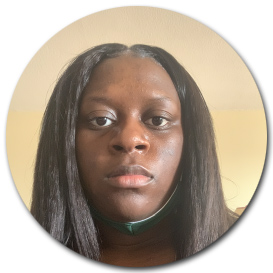 Brianna joined Delta Lab in June 2020 and is working on projects pertaining to textural similarity and keyword searching in political Facebook ads, with a focus on racial content and bias related to Asian Americans on coronavirus and Black Lives Matter. 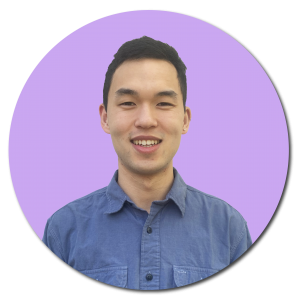 Conner has been working on both the coding and computational sides of the Wesleyan Media Project and the Delta Lab for nearly two years now. More recently, he’s used SQL and R to query and summarize political spending to investigate how presidential candidates and third party entities are targeting different candidates through Facebook advertisements. The goal of this work is to provide more transparency to the digital advertising landscape in the context of the 2020 general elections. More broadly, Conner’s work is aimed at providing deliverable exploratory tools to better understand how money is being spent and how candidates are being mentioned. 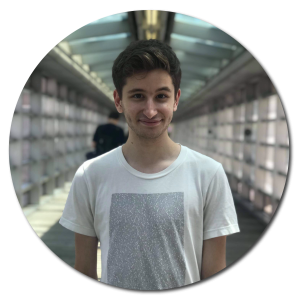 Daniel has been working with the political ad data from Google in order to acquire the creatives of the ads listed in its transparency report. He’s been using a python web scraper he built to scrape the text ad creatives from Google’s dynamic ad display webpage, which has allowed him to acquire a csv of the text ad creatives. As an extension of this project, Daniel is working with Google Cloud Functions as well as Python Flask to create an automated program that will download the text and video creatives from the weekly Google ad transparency report. 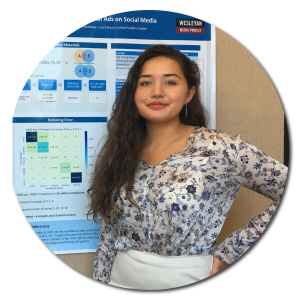 Liz is working with Professor Saray Shai to explore interest group spending derived from the Facebook Ad Library. She has focused on finding similarities in ad text to discover interesting connections between funders, as well as learn more about the behavior of individual funders. To accomplish this goal for large datasets, she has implemented a Locality Sensitive Hashing algorithm that estimates similarities in ad text more efficiently than direct comparisons. 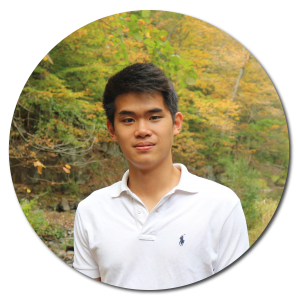 Fred has been working on developing wmp-face – a Python package to reduce time and cost of campaign ad research – capable of scraping image and video content from Google and Facebook ads and recognize people of interest in images and videos. He has also created a text similarity algorithm robust to detect misspelled, rearranged and omitted words based on the Latent Dirichlet allocation topic modeling to find duplicates within transcripts from broadcasted news. 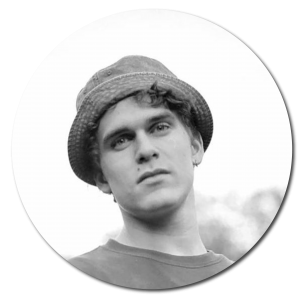 Kevin has focused on political spending, in particular, presidential candidate spending. He uses a combination of R, D3.js, and SQL to visualize these spending habits—paying special attention to the interactivity, legibility, and updatability of these graphics. The guiding questions behind most of these visualizations include: How can we elegantly visualize candidate spending behavior over the course of several months? What is the best form for these visualizations to take? What sort of interactive features do we want to provide the viewer with? The answers to these questions are always changing, but that’s what keeps his work with the DELTA Lab so engaging! 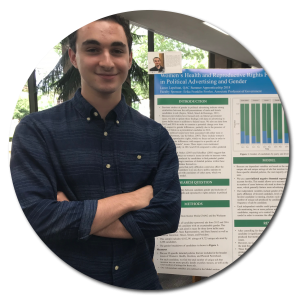 Lance has worked on a study of gender differences in campaigning, focusing on candidates’ references to Donald Trump, themselves, and their opponents. Using data generated from automated textual and visual analyses of Facebook campaign advertising, he is exploring the relationship between gender and partisanship in guiding advertising decisions for Senate candidates in 2018. 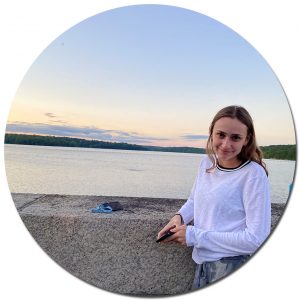 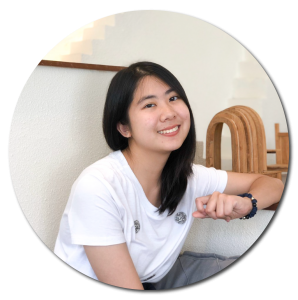 Pim joined the DELTA Lab in the spring of 2020 and currently is working with metadeta from political advertisements on Facebook to analyze information on average spending and individual references across the 2020 Presidential and Senate candidates. This analysis provides insight into the behavior of political advertising on social media. Pim is also working on analysis and visualizations of COVID-19 media coverage. 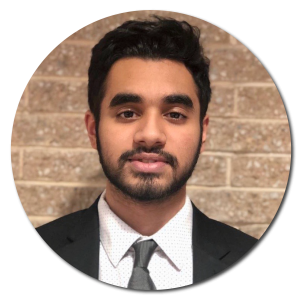 Roshaan has created a web application for the Wesleyan Media Project using the Angular Framework (JavaScript, HTML, and CSS). The web application presents WMP’s human coders with a visual way of “marking” the news video clips. This tool streamlines the process of human coding and provides WMP accurate markers to refer back to video clips. 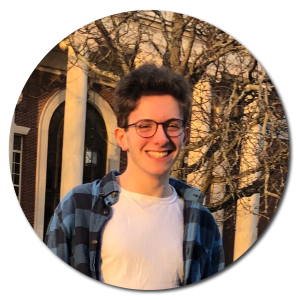 Sam is new to the Delta Lab and he has begun working on analyzing local news audio files with a goal of improving the accuracy of speech-to-text closed captions for candidates’ names in order to more accurately identify news stories involving those candidates. 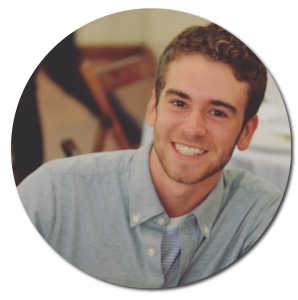 Since joining the Wesleyan Media Project in the spring of 2019, Spencer has worked to provide insights primarily regarding 2020 presidential candidate advertisements on Facebook. His past research has involved querying Wesleyan Media Project data and analyzing the content and cost of candidate Facebook pages and their posts. More specifically, a main focus of one project was to illustrate the advertisement landscape in terms of cross-candidate references — in other words, to reveal when and how 2020 primary candidates addressed rival candidates via Facebook advertisements. He is particularly concerned with how to effectively convey and disseminate this data, utilizing languages/tools such as R (and R Shiny for web apps), SQL, Python, Tableau, and Cytoscape. 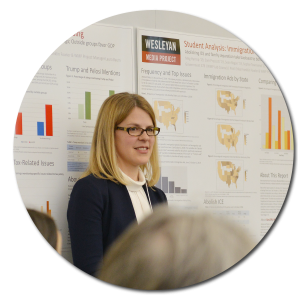 Erika Franklin Fowler (Ph.D., University of Wisconsin – Madison) is Associate Professor of Government at Wesleyan University where she directs the Wesleyan Media Project (WMP), which tracks and analyzes political advertising in real-time during elections. Fowler specializes in large-scale analyses of political communication – local media and campaign advertising in particular – in electoral and health policy settings, and her interdisciplinary work on the content and effect of messaging has been published in political science, communication, law/policy, and medical journals. She is also co-author of Political Advertising in the United States, and she has led WMP’s expansion into computational analyses of digital advertising. 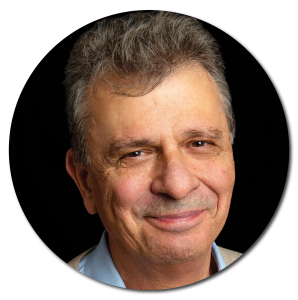 Manolis Kaparakis did his undergraduate work in Athens, Greece and his graduate work in Economics at the University of Connecticut. He is currently the Director of Centers for Advanced Computing at Wesleyan University, where he directs the Quantitative Analysis Center and oversees the development of the Scientific Computing and Informatics Center. Previously he was a member of the economics faculty at Providence College where he taught economics for twelve years, coordinated the development of the Quantitative Economics major and served as the Colleges Faculty Liaison for Information Technology. 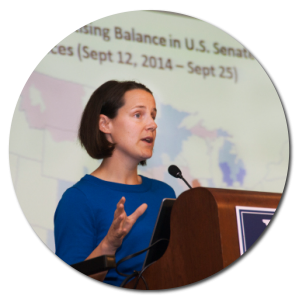 Laura Baum joined the Wesleyan Media Project in September 2012 as Project Manager. Based at Wesleyan University, Laura manages ongoing operations of the project’s real-time tracking of television advertisements. Previously, Laura was the Project Coordinator for the Pittsburgh Philanthropy Project, run through the University of Pittsburgh. She grew up in Portland, OR and holds a BA from Brown University and a Master of Urban and Regional Planning from the University of Minnesota. 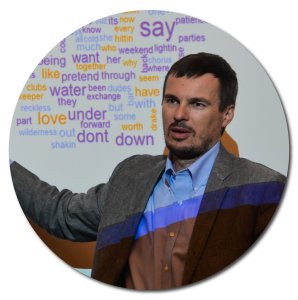 Pavel Oleinikov uses his background in social and natural sciences to advance the application of quantitative methods to data from the social world. He teaches courses on basics of Big Data, network analysis, text mining, and skills-focused courses. A large part of his work lies in assisting Wesleyan faculty in integrating diverse data sources in the form of text, images, and data from APIs. Pavel Oleinikov has a PhD in Political Science from University of California, Santa Barbara. His dissertation focused on paradigms of impatience and their quantitative investigation. For his MS thesis in computer engineering he studied applications of Hopfield-type neural networks to optimization tasks. 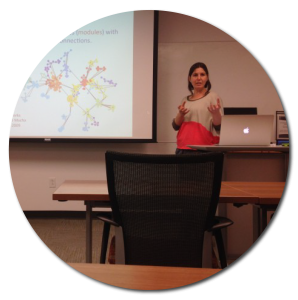 Saray Shai’s research interests include networks, complex systems and data science. In particular, she is interested in analyzing complex systems, such as human cells in the body and individuals in our society, by describing which components interact with one another. Shai’s goal is to develop mathematical and computational tools and apply them to data analysis problems arising in a variety of contexts. 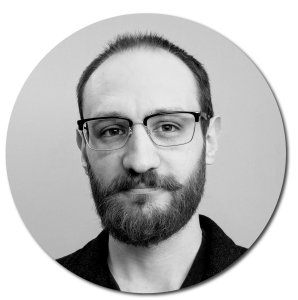 Markus Neumann’s research agenda revolves around the application of machine learning methods to social science data, particularly text, audio and images. He holds Bachelor and Masters degrees from the University of Mannheim and completed his graduate work in Social Data Analytics and Political Science at Penn State. His dissertation relies on tools from phonetics, electrical engineering and natural language processing to study nonverbal political communication, focusing on how U.S. senators shift their vocal style in accordance with the representational needs of their audience. 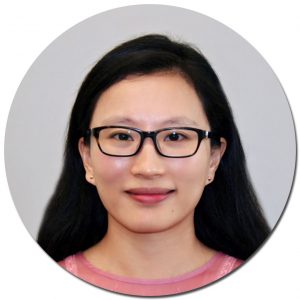 Jielu’s research interests center on political methodology and American politics. Particularly, she is interested in applying supervised, unsupervised, and deep learning techniques to non-traditional data such as text, image/video, and audio. Using WMP’s political ads, her dissertation examines crime rhetoric adopted by female and racial/ethnic minority candidates. Jielu received her Ph.D. from the University of Iowa in Political Science in 2020. 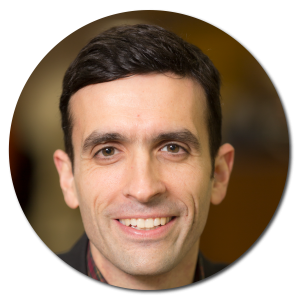 Michael Franz (Ph.D., University of Wisconsin – Madison) is Professor of Government and Legal Studies at Bowdoin College in Brunswick, ME. His research interests include campaign finance, political advertising, and interest groups. He is author or co-author of four books, including The Persuasive Power of Campaign Advertising (Temple, 2011) and Choices and Changes: Interest Groups in the Electoral Process (Temple, 2008). He has published articles in such journals as, the Journal of Politics, American Journal of Political Science, American Politics Research, and Political Communication. Since 2010, he has been co-director of the Wesleyan Media Project, which tracks and codes political ads in federal elections. 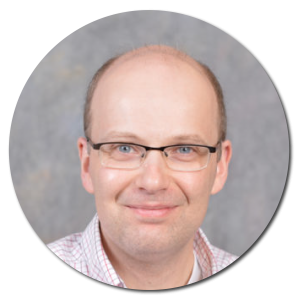 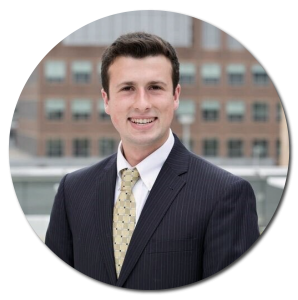 Adam worked on developing a topic classifier for Facebook political ads by combining text and audio data, building a machine learning approach to coding advertisements similar to the human coders working for the Wesleyan Media Project. The goal of the project was to develop an automated process for coding Facebook political advertisements that reached the accuracy standard of human coders, saving hundreds of hours spent hand-coding ads. 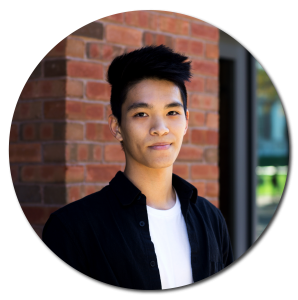 Duong worked on a classification model for political TV transcripts based on text similarity accompanied by a website that allowed researchers to interact with and filter through the results. 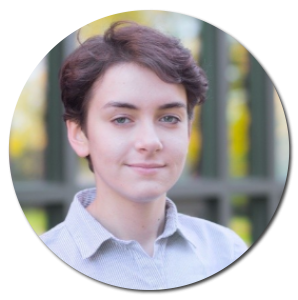 As an undergrad, Elizaveta researched various visualization strategies to strike a balance between efficient and effective presentation of WMP data. Utilizing softwares like VegaLite and D3, she developed an interface combining geographic and political ad data in an interactive graphic with the aim of making lab research more accessible to non lab members. She also served as a course assistant in Professor Franklin Fowler’s Media Analysis Fall 2018 course. 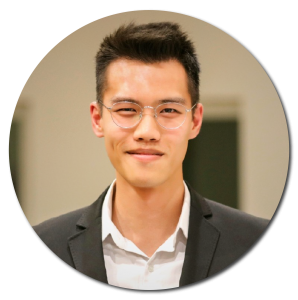 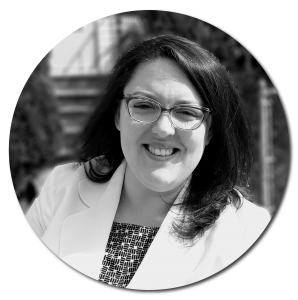 DELTA Lab is supported by The Wesleyan Media Project and The Quantitative Analysis Center.